skip to main | skip to sidebar

`Banda Dibujada` is an Argentine non-lucrative cultural movement whose aim is to promote and encourge reading as well as the creation and edition of comics for children and adolescents. This movement is made up of cartoonists, artists, script writers, journalists, editors, teachers and cultural promoters. `Banda Dibujada` was born in 2004 and since then it has spread all other Argentina -BD has got members in Buenos Aires city, Mendoza city, Córdoba city, San Nicolás and Salto-.

`Banda Dibujada` helps schools and all the publishing houses that want to get in touch with their advice and knowledge of comics, its themes and authors. It also works together with institutions, such us Alianza Francesa de Buenos Aires, ALIJA -Argentine section of IBBY-, the digital magazine Imaginaria, La Biblio de los Chicos web, the Museo de la Caricatura Severo Vaccaro of Buenos Aires, and several national schools.
Our goal is that kids read comics, and that comics themselves become a gateway to reading in general. Therefore, the edition of comics for children is essential. `Banda Dibujada` has written a statement which explains its philosophy and goals.
`BANDA DIBUJADA` STATEMENT
(The original statement in spanish was published in Imaginaria, March 16th, 2005. Click here to read in spanish).

The underdessigned denounce the lack of attention and interest that Argentine publishers show in publishing comics for children and young people. Both at schools and in the media there is a constantreference to the importance of comics as a genre of popular acceptance, as a means of communication and expression and reading material. But this appreciation is not seen in national publications.
Publishers and certain critics look down on comics as a genuine literary expression, considering it a lower literary genre. Beatiful and luxurious editions of story books for children, but not of comics, are found in Argentine bookshops.

We hope that this concern is heard and answered by literature sectors as children and teenagers literature (CTL). If literature for children and adolescents through its distributors, has been struggling against its invisibility to the media and society, it would be paradoxical that comics have a place in the CTL. There is an urgent need to make and edit books of comics and not only comics magazines. We consider that books are pertetuated because they are designed to protect themselves from the passage of time and they can be preserved forever in bookshelves.
Magazine format, however, is ephimeral by its own characteristics: it is used to read but its sustained use turns it into discarded material. Furthermore, books can stay in bookstores and libraries for a very long time; however, magazines are available at newsagent`s a short time.
Argentine comics for children have only been published in magazine format and, therefore, a great number of titles, if not most, are now forgotten. Comics for kids like any artistic expression, are part of our culture and witnesses of our past. This part of our culture is disregarded, it is also being neglected what we were, the construction of our present and our future projection. And we know that a society without memory is impossible to evolve and develop. Therefore, we believe that the format in which comics should be edited is in a `book` or, as it is know in Europe, `album`. A noble format, much more appropiate for intensive reading, will give the genre the formal aspect that it deserves.
In order to foster the reading of comics, we encourage and create this cultural movement, named `Banda Dibujada`, which main goal is to encourage the reading, edition and creation of comics for children. We believe that both the family and the school are the perfect place for comics for kids to reach their development and expansion as reading material, because we consider it as an entrance door to the richness of children`s reading books. We invite teachers and educators to promote the reading of comics in the classroom. We ask publishing houses to join our claim of comics for kids created by new cartoonits and the republication of Argentine classic comics that are not available nowadays.
Many pieces of work which deserve to be rescued, are forgotten. And some other pieces, which deserve to be edited, are kep in cartoonists `and writers` desk.
The answer and solution to this problem is in your hands.
All those who are part of `Banda Dibujada` pursue the goals outlined in this statement and thereford we make use of the internet advantages. People interested in supporting our statement can visit our web site https://sites.google.com/site/bandadibujada/ , our blog, http://bandadibujada.blogspot.com/ or write to bandadibujada@yahoo.com
Support:
Chanti (cartoonist, Mendoza, Argentina) - César Da Col (cartoonist, counsil of the Museo de la Caricatura "Severo Vaccaro", Buenos Aires, Argentina) - Junior (cartoonist, Córdoba, Argentina) - Fabián Mezquita (illustrator and cartoonist, counsil of the Museo de la Caricatura "Severo Vaccaro", Buenos Aires, Argentina) - Adrián Montini (cartoonist, Quilmes, de Buenos Aires, Argentina) - Juan Sáenz Valiente (cartoonist Buenos Aires, Argentina) - Roberto Sotelo (school teacher, Imaginaria director, Munro, prov. de Buenos Aires, Argentina).
(CLICK HERE TO READ MORE).
Posted by Banda Dibujada at 10:04 AM 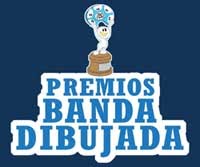 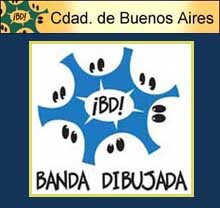 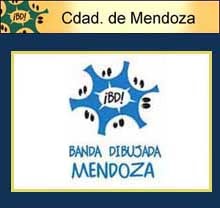 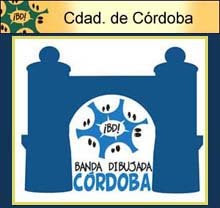 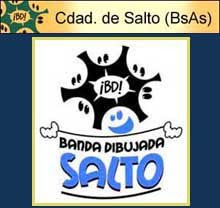 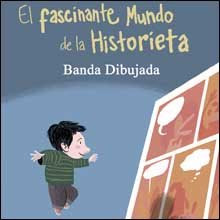 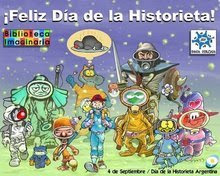